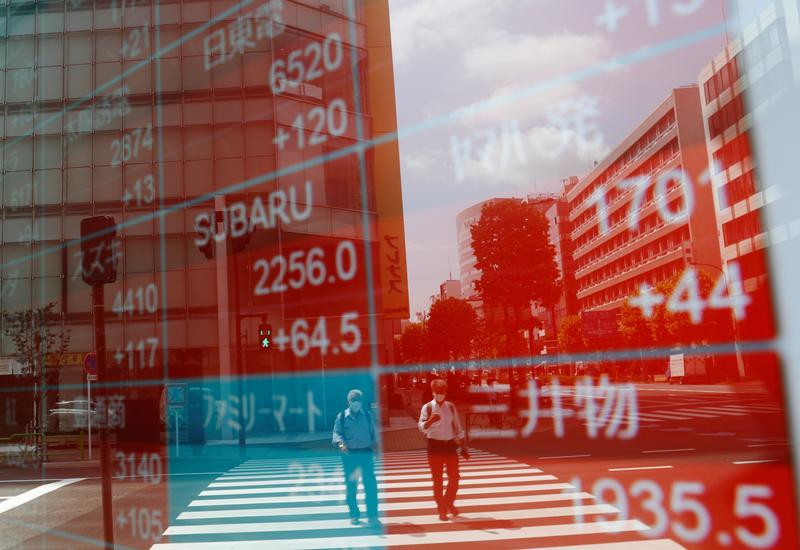 SYDNEY (Reuters) – Asian share markets lagged on Thursday as U.S. stock futures nudged to another record high after the Federal Reserve underlined its commitment to keeping policy super loose even as the economy enjoys a rapid recovery.

Minutes of the Federal Reserve’s last policy meeting showed members felt the economy was still far short of target and were in no rush to scale back their $120 billion a month of bond buying.

Fed Chairman Jerome Powell speaks at an IMF event later on Thursday and is likely to reiterate the dovish outlook.

“This discussion is consistent with our view that it will be later this year before the Fed starts talking about talking about tapering, with actual changes to the purchase pace not occurring until Q1 2022,” said analysts at JPMorgan.

“Fed officials generally viewed the recent rise in longer-term Treasury yields as reflecting an improving outlook and some firming of inflation expectations, and not a risk to the outlook.”

The euro was steady at $1.1868, after reaching as high as $1.1914 overnight following a surprisingly upbeat survey of European Union business activity.

“Improved virus and growth expectations have spurred consumer and business confidence, driving up both domestic and global demand for manufactured products,” said analysts at Barclays in a note.

“This phenomenon is broad-based across European economies.”

In commodity markets, gold was idling at $1,736 an ounce after meeting resistance around $1,745.

Oil prices slipped, but were still within a narrow trading range that has held for the last two weeks or so. [O/R]