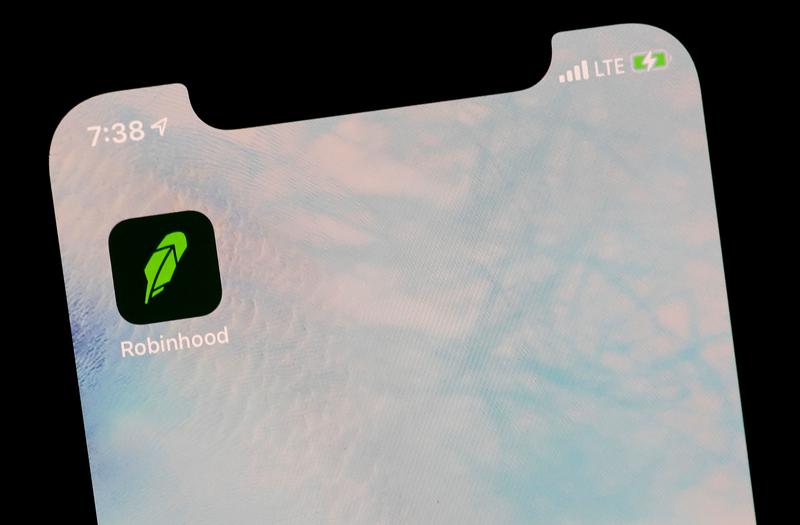 FILE PHOTO: The Robinhood App is displayed on a screen in this photo illustration January 29, 2021. REUTERS/Brendan McDermid/Illustration

(Reuters) -Online brokerage Robinhood said on Thursday that 9.5 million users traded cryptocurrency on its platform during the first quarter of 2021, a near six-fold rise from the previous quarter.

Bitcoin, the world’s most-traded cryptocurrency, has nearly doubled in value so far this year, boosted by an increased interest from larger financial firms betting on its greater acceptance, and as a hedge against inflation. Bitcoin has also made its way into the corporate treasuries of Tesla Inc, Square and MicroStrategy Inc.

While central banks remain skeptical of digital currencies, analysts say more real world uses of bitcoin will increase its appeal as a long-term store of value.

Robinhood currently allows customers to buy, sell and hold cryptocurrencies, and had said it plans to give customers the ability to deposit and withdraw them for transfers to other wallets as well.

In January, the brokerage angered some customers after it temporarily disabled a feature on its app, which allowed users to instantly buy crypto securities, due to volatile market conditions sparked by trading frenzy in video-game retailer GameStop’s stock.

Reporting by Munsif Vengattil in Bengaluru; Editing by Anil D’Silva and Vinay Dwivedi

Comments on Crypto traders on Robinhood jump six-fold to 9.5 million in Q1 | Reuters

Exclusive: Berkshire Hathaway gives activist okay to phone it in on May 1 | Reuters