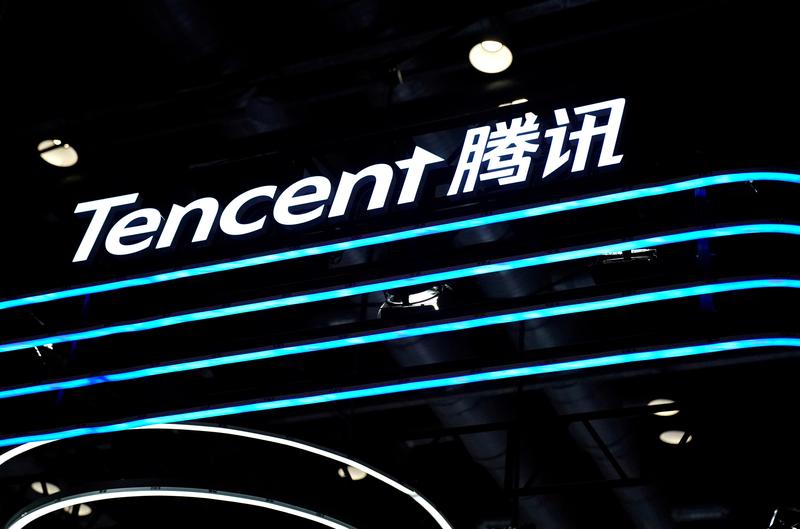 FILE PHOTO: A Tencent logo is seen at its booth at the 2020 China International Fair for Trade in Services (CIFTIS) in Beijing, China September 4, 2020. REUTERS/Tingshu Wang

That works out as HK$595 per share, confirming Reuters’ earlier report in which sources said Prosus sold the stock at the top of an indicative range of HK$575 to $HK595.

Prosus, majority controlled by Naspers Ltd, did not respond to a request for comment on the pricing.

The block trade – or the usually private, single trade of a large amount of securities – surpassed the previous record set in 2018 when Naspers also sold 2% of Tencent for $9.8 billion, Refinitiv data showed.

“The proceeds of the sale will increase our financial flexibility, enabling us to invest in the significant growth potential we see across the group, as well as in our own stock,” Prosus Chief Executive Bob van Dijk said in a statement.

For the half-year ended Sept. 30, it reported a 29% increase in core earnings at $2.2 billion, as proceeds from its Tencent stake offset losses at other online interests.

“We expect the news to viewed cautiously until there is more clarity on how the funds will be redeployed,” analysts at Renaissance Capital said in a client note.

The sale is unlikely to lead to any short-term reduction in the gap between the market value of Prosus at 160 billion euros ($189.92 billion) and that of its Tencent stake at 200 billion euros as of Wednesday, the analysts said.

Reporting by Scott Murdoch in Hong Kong, Toby Sterling in Amsterdam and Abhinav Ramnarayan in London; Editing by Jane Merriman and Christopher Cushing